Mould is one of the most dangerous substances to have in any building, yet indoor environments are perfect breeding grounds for a variety of toxic mould species. This quick guide explains everything you need to know about keeping your air safe.

What Is Mould And Why Is It Dangerous?

Mould is a type of fungus that feeds off organic matter such as skin cells, wood, and the bacteria found on surfaces. Mould is formed of multicellular filaments and releases spores into the air, which can lead to a range of respiratory problems, including allergies and asthma.

In commercial settings, the presence of mould can increase sick days, lead to high staff turnover, and result in reduced productivity. Anyone who has lived in a home with poor ventilation will recognise the symptoms of the sleepless nights, headaches, and allergies that mould can cause – and the same is true for damp and mouldy environments at work.

Why Are Ventilation Systems Vulnerable To Mould?

As long as it has moisture, mould can flourish at almost any temperature. As such, the condensation inside air ventilation systems, combined with any biological matter that is sucked into the ductwork, provides a very comfortable hotel for toxic mould. Even if the pipes are cleaned, mould spores can linger inside intricate filtration units and will flourish as soon as the conditions are optimal. Therefore, mould can be a very persistent, and a very expensive, problem to deal with. Indeed, if the mould really takes hold, the result can be significant structural damage accompanied by a health and safety nightmare.

Regular cleaning of air supply systems is vital for keeping mould at bay. As the spores can be persistent, a quick clean is unlikely to provide long-term protection, even if the surfaces look clean. To ensure that mould is completely eradicated, the ductwork needs to be cleaned with commercial-grade anti-fungal which is followed by compressed air. For complete peace of mind, the cleaning process should be completed with sanitisation using a Fogging Unit, which releases microscopic antibacterial particles into the units and pipes and creates a protective seal against mould.

How Often Does A Ventilation System Need Cleaning?

The regularity with which a system needs to be cleaned depends on its purpose and location. Older buildings with brickwork and plaster are particularly prone to mould, and therefore require more regular cleaning. Additionally, bathrooms are favourite habitats for mould in all types of buildings, so hotels, bars, and leisure environments need to be well maintained. Mould can become a major risk in some premises, such as food-and-drink and pharmaceutical processing sites, which need to have an annual deep clean of all ventilation systems as part of their basic maintenance schedules. If in doubt, always ask for an expert opinion.

Mould sounds unnerving, but with the right cleaning and maintenance schedule the risk can be kept to a minimum. To avoid the risk of ill health and expensive damage, or to ask an expert to survey your site, please get in touch with one of our commercial cleaning team. 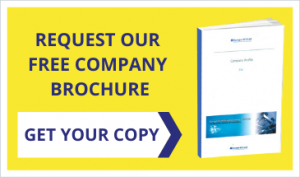 We will aim to get back to you within 24 hours 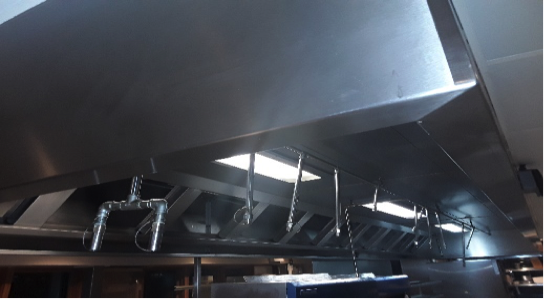 Examples of our work include an extremely busy and multi-faceted venue in Essex. It has two large kitchens one of which deals with their conference and Banqueting functions and the other is the main kitchen which supplies breakfast, lunch and 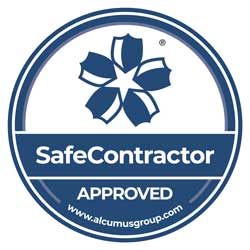